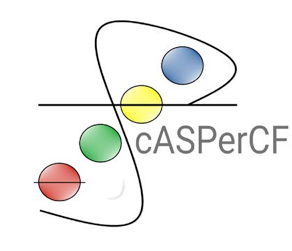 Unfortunately this trial was terminated early, because there was no prospect of completing the trial.

Since the trial was funded the standard of care for the target population changed significantly. This change has led to marked improvements in the quality of life for the potential participants in the study and has reduced the ability of sites to recruit participants.

Title: Prospective validation and clinical evaluation of a new posaconazole dosing regimen for children and adolescents with cystic fibrosis and Aspergillus infection

Rationale: Cystic fibrosis (CF) is the most common inherited life-limiting disease in North European people affecting 90,000 people worldwide with about 45,000 registered in the Patient Registry of the European Cystic Fibrosis Society (ECFS). Progressive lung damage caused by recurrent infection and persistent inflammation is the major determinant of survival with a median age of death at 29 years. Approximately 60% of CF patients are infected with A. fumigatus, a ubiquitous environmental fungus, and its presence is associated with accelerated lung function decline. Half of the patients infected with Aspergillus are <18 years of age. Evidence to guide clinical management of CF-related Aspergillus disease is lacking. A recent survey showed considerable variability in clinical practice among CF consultants. Two-thirds would treat Aspergillus colonization in patients with CF and two-thirds would use an azole antifungal in addition to steroids in the first line treatment of CF-related allergic bronchopulmonary aspergillosis (ABPA). The results of this survey underscore the limited evidence available to guide management of Aspergillus infection in CF. Posaconazole, being one of the 4 licensed triazole antifungals with good efficacy against Aspergillus species has been chosen as the study drug as it has a better tolerability compared to itraconazole, less toxicity and drug-drug interactions compared to voriconazole and can be administered once daily. Posaconazole is licensed in Europe for the prevention of invasive aspergillus in adult neutropenic patient populations and as salvage therapy for invasive aspergillosis. Several studies have reported on the safety and tolerability of the use of posaconazole in children and adolescents with either haematological malignancies, or chronic granulomatous disease, or those undergoing haematopoietic stem cell transplantation. Currently, no dosing algorithm is available to guide posaconazole dosing in children.

Primary endpoint: Validation of a state-of-the-art model informed allometric dosing algorithm for posaconazole in children and adolescents with CF and Aspergillus infection aged 8 to 18 yrs.